There has recently been a big deal made out of the South Carolina police officer who was caught on film, throwing a high school student to the ground. The officer was fired within 24 hours of the video being made public, which makes me believe that the firing had m ore to do with politics than the conduct of the officer.
Especially considering that in South Carolina, it is a crime to disrupt school, and against the law for a student to have a cell phone in class.

SECTION 16-17-420. Disturbing schools; summary court jurisdiction.
(A) It shall be unlawful:
(1) for any person wilfully or unnecessarily (a) to interfere with or to disturb in any way or in any place the students or teachers of any school or college in this State, (b) to loiter about such school or college premises or (c) to act in an obnoxious manner thereon

It isn’t just me, the South Carolina Bar has this to say:

Other students have the right to be free from interference in their education. It is against the law for any person to willfully interfere or disturb students or teachers of any school. Disturbing school includes being uncooperative with a teacher or principal, fighting or using foul or offensive language toward a teacher or principal.

SECTION 59-63-280. “Paging device” defined; adoption of policies addressing student possession.
(A) For purposes of this section, “paging device” means a telecommunications, to include mobile telephones, device that emits an audible signal, vibrates, displays a message, or otherwise summons or delivers a communication to the possessor.
(B) The board of trustees of each school district shall adopt a policy that addresses student possession of paging devices as defined in subsection (A). This policy must be included in the district’s written student conduct standards. If the policy includes confiscation of a paging device, as defined in subsection (A), it should also provide for the return of the device to the owner.

Again, lets see what the Bar has to say:

It is illegal for a student to carry a cellular phone or pager on school grounds or during school events. There is an exception for students needing to carry a cell phone or pager for a legitimate medical reason. There is another exception for students over 18 years old if the student is an active member of a volunteer firefighting organization or a volunteer emergency medical service organization.

You can disagree with the law all you want, but the law was passed and is in the books, and police are charged with enforcing the law. They are not there to interpret the law, that is the job of the legislature and the courts.

The officer saw a person breaking the law. He told asked the person to comply. She refused.
He then ordered her to comply, and she refused. He tried to take her into custody, and she punched him. All of those things are crimes as well. He didn’t do all that much to her, and it appears to me that he did it with the minimum amount of force.

There are those who say that the high school student in question was just a child, and the disagreement was only over a cell phone. Look at the following video to see what happens when one of these “children” doesn’t want his cell phone taken away:

That is a video of a 16 year old boy taking down a 62 year old teacher for confiscating his cell phone in class. Why isn’t the press reporting on this? The answer is simple: the criminal is black, and the victim is white. 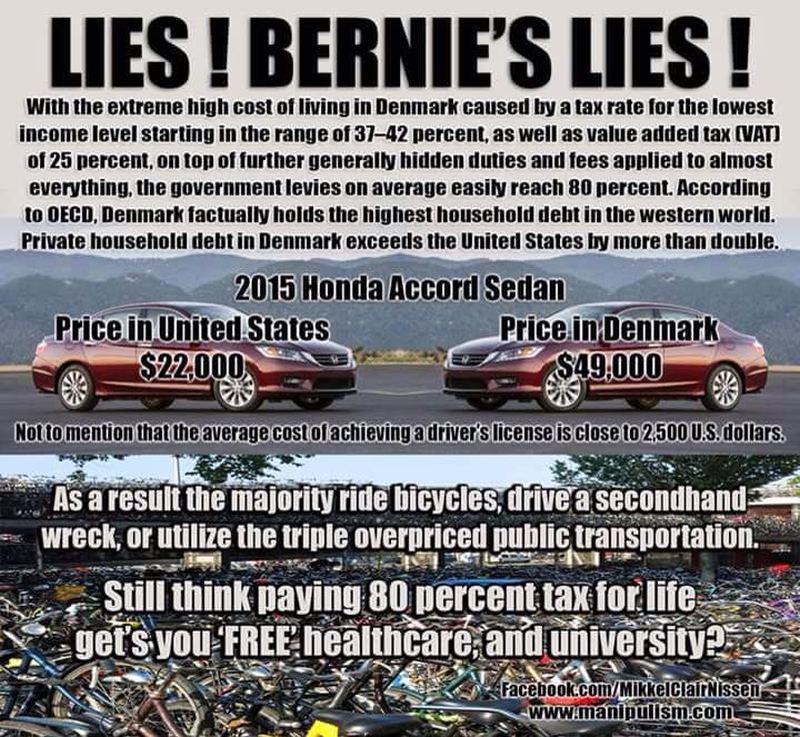 In 1963, the US murder rate was the same as it is now: 4.6 per 100,000. This is less than half the rate from 1991. That year, there were 8640 murders, with the US having a population of 188.4 million. It is important to note that in 1963, it was possible to order firearms through the mail from places like the Sears catalog. Compared to today, firearms were nearly unregulated.

Puerto Rico is a US territory. Until June of 2015, gun laws in Puerto Rico were very strict. They had all of the gun laws that the Brady campaign asks for: permit to own a firearm, heavy restrictions, etc. The Puerto Rican murder rate is among the highest in the world at  26.5. In June, a Federal judge struck down nearly all of Puerto Rico’s gun laws as being a violation of the Second Amendment. it will be interesting to see what happens to the crime rate there.

It isn’t just murders. The US violent crime rate is now 367.9 per 100,000, which is the lowest it has been since the FBI began keeping track of that statistic in 1994. The entire world has been seeing a drop in crime since about 1990. What is fueling this?

There are numerous theories as to why crime is falling, but many of them fail under scrutiny when you consider that there are many differences between nations. Not all nations have increased their police forces. or have aging demographics. There are a couple that jump out at me: The widespread use of antipsychotic medications, and the banning of lead in gasoline and paint. Levels of lead found in human blood were reduced more than 80 percent from 1976 to 1999.

The effect of lead on children’s brains has been well documented: Exposure to the chemical causes aggressive behavior and cognitive delays. Economist Jessica Reyes estimates that phasing out lead was responsible for 56 percent of the reduction in violent crime (although she could find no relationship between lead and property crime). Experts still disagree about how plausible it is that lead alone could have been responsible for such a massive portion of the crime drop on a worldwide basis.

I think the lead theory has some validity. What say ye?

OcalaMari • 4 hours ago
Hoping their guns back fire right in their blood thirsty faces.


Common Sense • 2 hours ago
If they get enough of them in one area, they’ll prob end up shooting each other. Hopefully they don’t shoot campers or anyone else.


OcalaMari   • an hour ago
That is my wish for these bloodlust maniacal sickos.

These comments were in response to this news item. We  gun owners are supposed to be the bloodthirsty ones.

According to multiple news sites, there was a black boy who was suspended for staring at a white girl during a ‘staring contest,’ the implication being that the school didn’t want black boys looking at white girls.
Except that most of the story is a fabrication. The girl wasn’t white, she was Asian. There was another boy who was suspended for participating in the same incident. That boy was white. It wasn’t a staring contest, because the girl had not agreed to be a part of it. If you walk up to someone and begin staring at them, you are not in a contest. A contest implies that the behavior is mutual.

According to at least one version of the story, the girl was backed into a closet by the two boys during the incident. The Archdiocese of Cincinnati issued the following statement:

“The disciplinary action taken by St. Gabriel Consolidated School a year ago against two students has been widely mischaracterized by a parent who unsuccessfully sued the school. Two seventh-grade males, one white and one black, were suspended for one day because of actions that far exceeded ‘staring.’
The student whose mother sued acknowledged in an apology note, and under oath at trial, that his actions intimidated the female student and made her uncomfortable. That student also admitted that he was not friends with the female student, that he never told her they were playing any kind of game, that he approached her without saying anything, and that when she backed away from him, he moved closer to her. Once that student stopped, the other boy continued with the same routine.
The incident was investigated by the school and all three students were interviewed by two seventh-grade teachers and St. Gabriel’s principal. Ultimately, the boys were given a one-day suspension. St. Gabriel’s parent-student handbook, which the male student and his parents signed and agreed to follow, explicitly lists intimidation as conduct that may result in a suspension.
The parents of one of the male students sued the school in the Hamilton County Court of Common Pleas. That student, his mother, and St. Gabriel’s principal all testified. Each of the arguments raised by the student’s mother to have the one-day suspension removed from her son’s attendance record were rejected by Judge Patrick Dinkelacker.
It is highly regrettable that some have sought to introduce a racial element into a situation where none existed. The female student involved has been described in some accounts as white. She is, in fact, Asian, a point which the mother of the student who filed the lawsuit learned in November of last year. The other male student (who also received a one-day suspension) is white.”

The parents sued the school and lost, so now they are out there in the media, trying to get some sort of win that way.There are comments to these articles that say staring isn’t intimidation or aggression, and that a suspension is an overreaction. I disagree. Watch a lesson of staring intimidation from Mike Tyson:

Yet you hear the left complain that Fox news, Breitbart, and Drudge are all right wing shills for the Republicans, and that the rest of the MSM would NEVER lie to advance an agenda.

The county commission of Orange County, Florida has approved the spending of $150,000 to hire armed guards to patrol neighborhoods. Not police, but armed mercenaries. I have a REAL problem with this.

A cop uses his service weapon to win an argument in traffic.

This cop arrested a woman who refused his request for a date, after he approached her in a bar. (Yes, I know this one is two years old) Here is video:

This begs the question: When is it OK to use deadly force to stop an out of control cop?

There are about 14,000 homicides per year, or about 38 per day, in the US. If you eliminate just ten cities from that total, it becomes just 30 per day.

I have blogged about this before. The problem in this country is not with guns- it is with the culture that prevails in certain densely populated cities. Los Angeles alone is responsible for one out of twenty of the murders in this country. It makes as much sense to say that we could reduce murders in this nation be 5 percent, simply by making it illegal to live in Los Angeles as it does to say that we can reduce murder by making it illegal to own firearms.

Normally, I am not a fan of Federal solutions to state problems. I do, however, think that the public has a right to know when and how its police officers are using deadly force. Government should always be transparent when it uses force against its citizens.
That is why I think that police departments in New York and elsewhere should be required to report whenever a police officer uses lethal force against a citizen. They currently do not do this, and I think that a Federal law would be required to make it happen. Let the public that grants the police their powers decide whether or not that power has been wisely bestowed upon those officers.