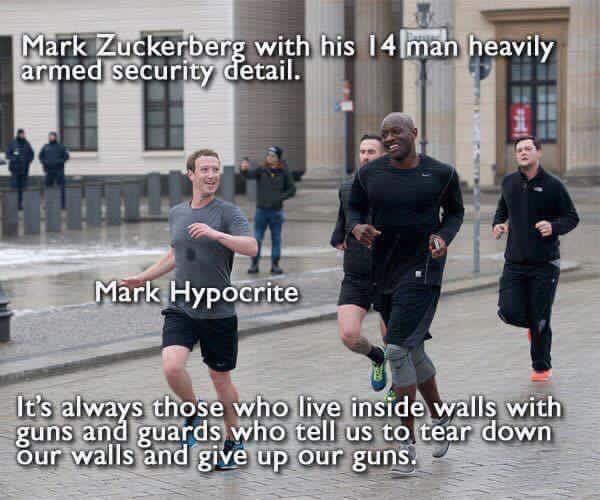 Before we were living together, my fiance and I each got the expanded census survey. Neither of us answered it. The survey just got even more stupid.

I am going to begin self identifying as a woman, so I can force my insurance company to give me lower rates. When the two of us are married, it will be a same sex union.

There was an incident at the University of Florida, where a student posted to Social Media that a woman wearing “Muslim garb” was in the library with a gun. SWAT responded and made the situation worse, as one office had a negligent discharge. A student who witnessed the discharge said:

You kind of just saw the guy holding the gun, like it kicked back, and everybody that was standing there ran the opposite direction.

Then a reporter wondered what sort of security was in place at the library (sorry I couldn’t find a better video):

I am about to get flamed from both sides. After giving this issue some serious thought, I have come up with what I believe to be the only logical conclusion.

Preventing a person from entering whichever restroom that they choose is not about crime. It is about possible crime. It is about speculation. There is no evidence that a man entering the same restroom as a woman is indicative that a crime is about to be committed, unless the act of entering the restroom labelled for the opposite sex is in itself illegal, of course. This means that the only real objection to this act is the unfounded and speculative fear that a crime may be committed in the future.

Contrast this fear with another common fear:
There is no evidence to indicate that an armed person who is entering a building is indicative that a crime is about to be committed, unless the act of entering the building while armed is in itself illegal, of course. This means that the only real objection to this act is the unfounded and speculative fear that a crime may be committed in the future.

For this reason, my position on transgender bathrooms is the same as for firearms: A law that prevents a person from entering a building (restroom) of his or her choosing (as long as said building is open to the public) while they are transgender or armed, is the antithesis of liberty, as long as said people are otherwise not committing a crime.

With that being said, a private business is free to prohibit people from doing either, as long as it is understood that the business is then responsible for providing reasonable alternative arrangements for the security/restroom needs of those whom they would deny access.

We all have large amounts of data we need to store. Pictures, files, receipts, records, movies, music, all types of data. It needs to be stored and protected.

I recently updated my data storage. I installed a NAS to handle all of my storage needs. I originally tested the WD MyCloud, but that thing was a piece of crash ridden junk. After just two days, I had to return it. It was one problem after another.

I chose the QNAP TS-251 as my storage device. It is running with two 4 TB Seagate NAS ready drives that are configured in a RAID 1 configuration, to insure against a hard drive crash. This thing runs like a dream.

To guard against power failure, the NAS, my router, and my modem are all powered by a UPS that can power the system for 90 minutes after a power failure.

I have about 150 GB of movies, 25 GB of music, 40 GB of pictures going back to the 1970’s, and 30 GB of other files. The NAS is also storing the video from my security cameras. Since I am only using about 300 GB of the 4 TB I have available, my storage needs are filled for the time being, except I want to build a bot more redundancy into the system.

I am also looking for an off site backup solution. I need to be able to back up about 300 GB of data from the NAS. I want it encrypted before it leaves my house, needs to backup at least daily, and I want to keep costs low.

Students at Ohio state engaged in a sit in, declaring that they would occupy the college’s administration building until their terms were met. The terms were (pdf):

We demand complete, comprehensive and detailed access to the Ohio State
budget and investments immediately,​as well as personnel to aid students in
understanding this information.
We demand the administration of the Ohio State University be responsive to community calls for justice, transparency and democratic process by ​meeting at least one of the previously established campaign demands below.
a. OSU Divest: Divest from​Caterpillar Inc., Hewlett Packard and G4S​due to their
involvement in well­documented human rights abuses in the Occupied Palestinian
Territories and across the globe.
b. United Students Against Sweatshops: Immediately cease all negotiations of the
Comprehensive Energy Management Project​. The university must maintain in­ house
operation of its energy systems, ensure that all workers in the energy systems will continue to work for the university, and ensure student led sustainability measures are implemented.
c. Real Food OSU: Sign the Real Food Campus Commitment.​Ensure the administration work with Real Food OSU through the entire implementation of the Real Food Campus Commitment, in place of, or as a means of attaining, the university sustainability goal of increased “production and purchase of locally and sustainably sourced food to 40% by 2025.”

These students were met with a representative of the college, who told them this:

The students immediately whined (pdf) about how unfair the college was being. These students need to realize that they have the right to free speech. What they do not have is the ability to take someone’s property and use it for their own purposes, which then prevents the owner from using it for the owner’s own purposes. That building is the school’s property. Occupying that property so that its rightful owner cannot use it is theft. If you want to make a speech or statement, either get the property owners’ permission, or buy your own property.

Thomas Dorsa was arrested in The Villages, Florida for possession of drugs and drug paraphernalia. He is 25 years old, and has 16 prior felony convictions, along with a number of misdemeanor convictions. SIXTEEEN felony convictions in just 8 years.

How was he even free to commit that many crimes? Well, here is his DOC file from the last time he was in prison. Note that he was released last March for Felony Aggravated Battery on a pregnant victim. He served 1 year and 10 months for that felony. This crime, his 15th Felony in 6 years, has a maximum penalty of 15 years. Why did he serve less than 2?

Then there is this mugshot, where he was convicted of felony battery and criminal mischief in 2011. This was a plea deal where he was initially charged with Aggravated Battery, and pled it down to felony battery and criminal mischief. He was sentenced to 4 months in jail, where he was released two months early, and 1 year of probation. He didn’t fulfill his probation because of the aggravated battery on a pregnant victim mentioned above. When he was released, he gave the address where he would be staying to his parole officer. A Google search shows that address to be a vacant lot. Why wasn’t THAT looked into?

In fact, a search of the Marion county court record shows a record of drug and violent crime convictions going back to 2006, when he was 15 years old. There was trespassing in 2010, which earned him a 1 month suspended sentence in jail, the 2009 conviction for shoplifting and resisting detainment by a retail merchant with force which earned him 31 days in jail, and the multiple drug offences that he has been convicted of. That is just one county. There are 12 other felonies in there.

Pierre Loury was driving a car that was involved in a drive by shooting less than an hour before. Police spotted it and tried to pull it over. The driver tried to flee, and then Loury, who was a passenger in the vehicle, tried to flee on foot. A Chicago police officer gave chase.

Loury, who has a criminal record and is know by Chicago PD as a gang member, allegedly pointed a gun at police and was subsequently shot by police. A gun was found at the scene. A witness is claiming the teen was running away, and was shot scaling a fence and was unarmed. Family denies that he even owned a gun and was not part of a gang, despite the fact that his Facebook page showed him with gang tattoos and holding a gun. The shooting was not captured on video, because it happened some distance away from the police cruiser.

Protesters claim that the shooting illustrates that the police are racist, and that Loury was just an innocent 16 year old boy, who was killed for being black. The protests are widespread, and the press is having a field day. BLM is attempting to stir the pot again. Here is his picture, as grabbed from his now cleansed Facebook account: 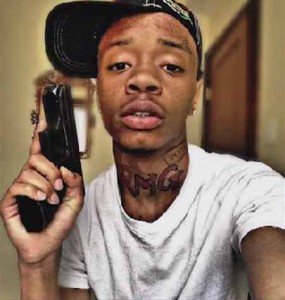 The ltters RMG tattooed on his neck? That stands for “Reese Money Gang,” a street gang in Chicago.

Of course, the race baiters in the press didn’t initially use that picture when they ran the story. This is the picture they chose to use: 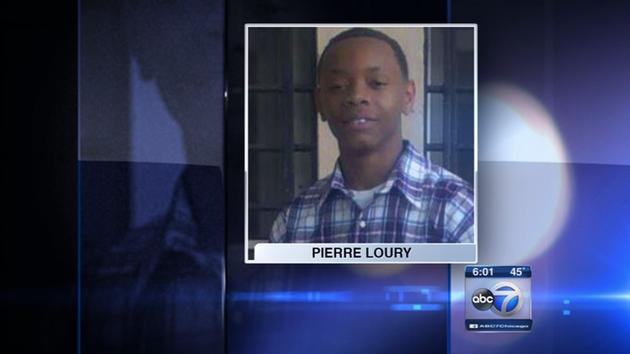 That particular picture was taken when he was 12 years old. This cop is being Zimmermaned by the press. We already know, from the Zimmermna/Martin shooting, that the press will lie to claim racism whenever a black person is shot by someone who is not black,

Whatever the case, this BLM movement is nonsense. There is, according to them, no reason to shoot a black person unless you are black yourself. If you happen to be black and kill another black person, then black lives no longer matter.

I guess black lives only matter as a tool to advance your political agenda.

The girl that I blogged about who was orphaned when her mother was killed in a car accident? She received some assistance from the community, but she is now needing some help for college. She was going to attend Full Sail University, but the death of her mother is changing her plans, and she will attend community college instead.

There is a fundraiser for her here. Maybe you can contact the coordinator and help her out…

Mark Zuckerberg is criticizing people for wanting to build a wall to keep illegals out. Remember that he was the one who bought the homes of his four closest neighbors for $30 million, so he could have more privacy.
To illustrate his hypocrisy, here is the pedestrian gate in the wall that surrounds his home: 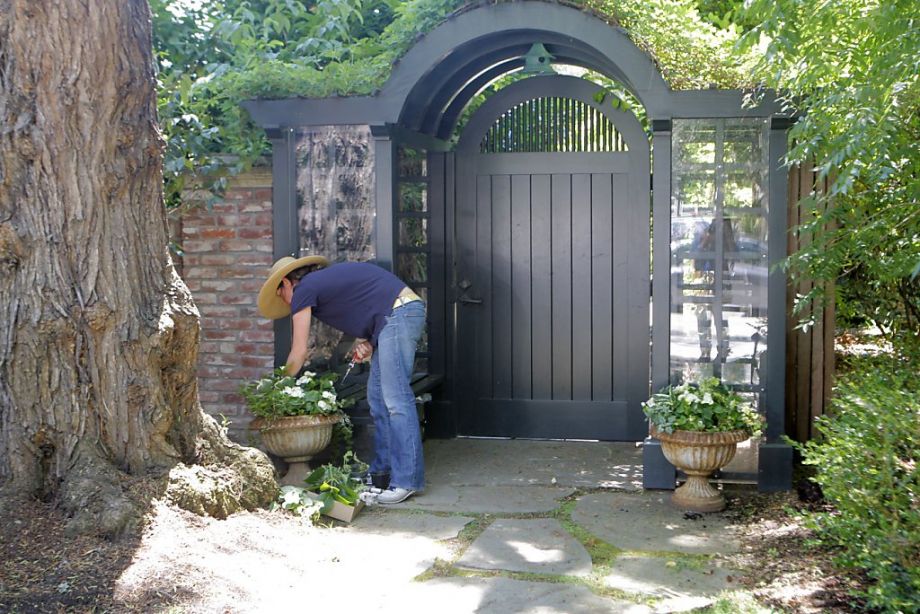 Here is the vehicle gate into the walled complex that contains his mansion: 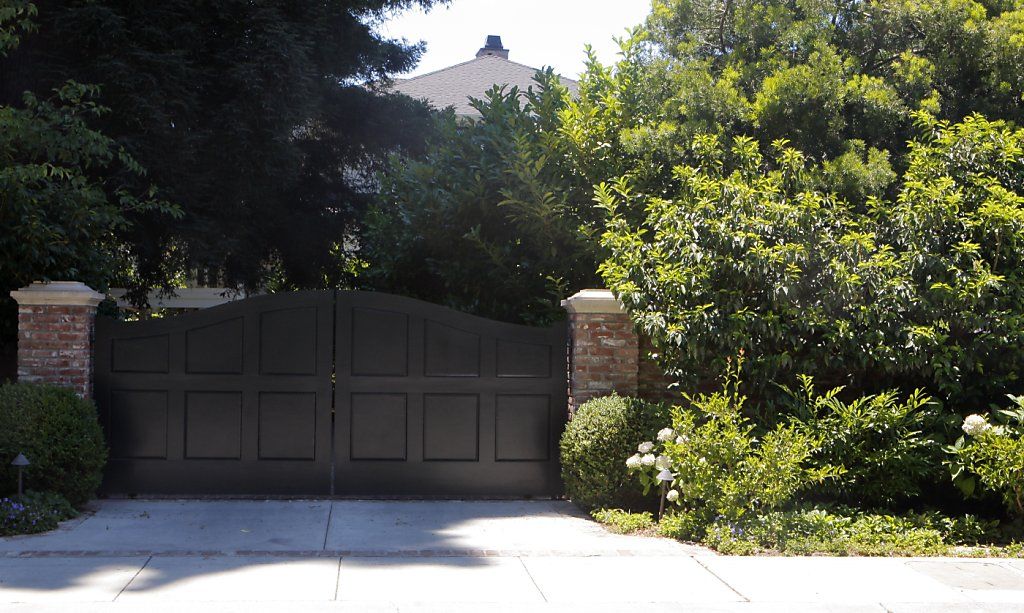 and here is a shot of the wall that surrounds the property. Note that here, the wall is backed up with a temporary construction wall, put up as his home was being renovated. 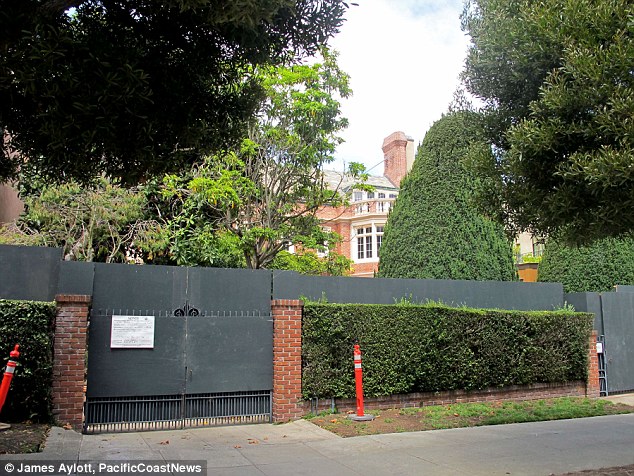