Teachers get rated on whether or not they are teaching their students anything, as determined by the students’ scores on standardized tests in that subject. How can I teach you biology, chemistry, or physics if you are functionally illiterate? Here is a sample of a handwritten homework assignment that one of my students turned in. The student who wrote this is 15 years old and in the 10th grade: 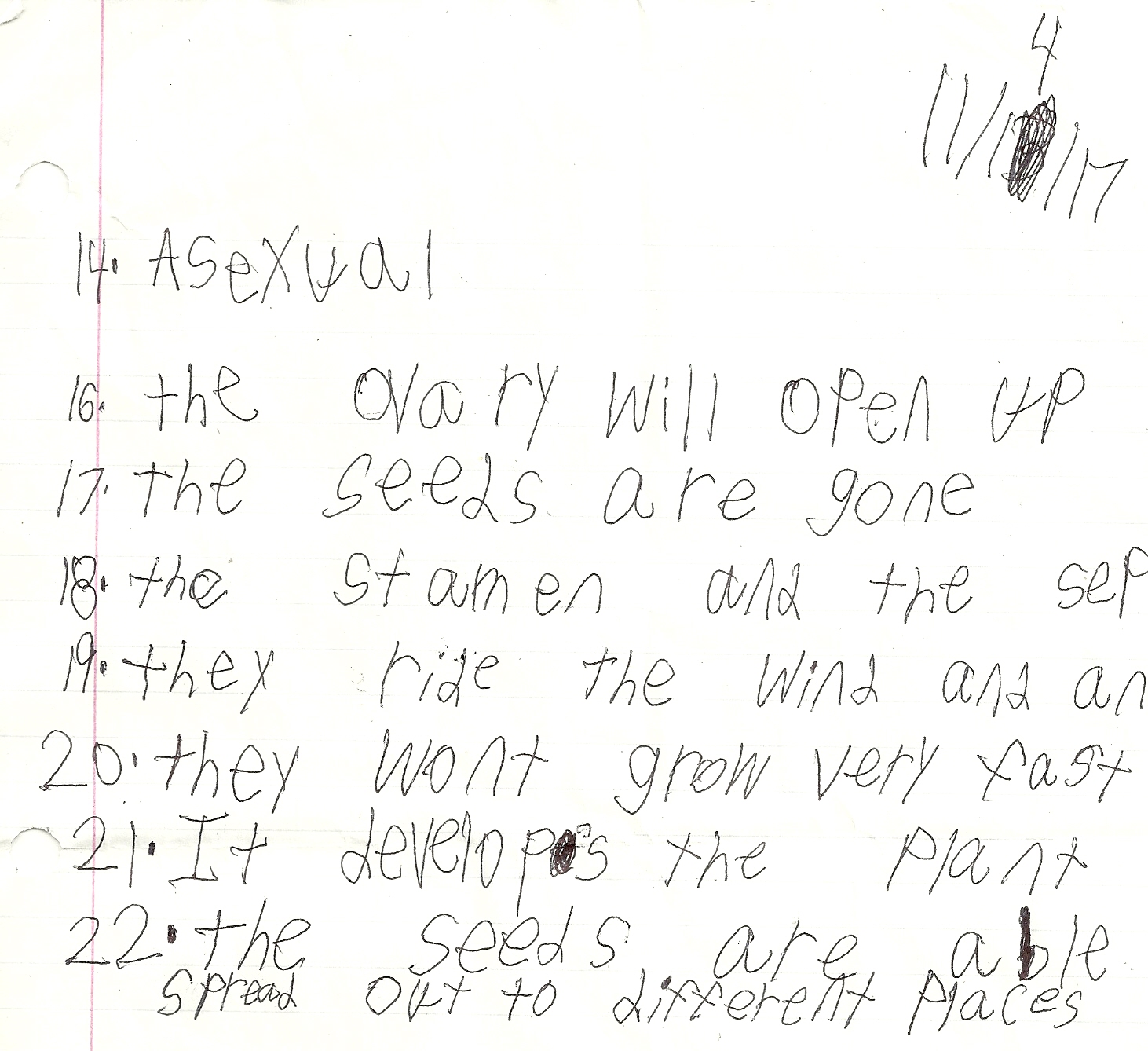 This year’s anti gun chorus is singing. The tune this time? They are claiming that 2018, even though it is only 26 days old, has seen 11 school shootings. They are lying. The lie is being repeated by news outlets all over the nation. It’s almost like this is an organized disinformation campaign.

Here are the 11 shootings that are being claimed:

First, the ones that resulted in no injuries:

2 The window of a college building on the San Bernardino campus of Cal State was hit by a bullet believed to have come from the foothills of the city- more than half a mile away.

3 A bullet hit a window at a Seattle high school. No one was hit, no shooter was seen, no shots were heard.

5 Unknown people traded gunfire in a COLLEGE parking lot. One bullet hit a nearby dorm. No one was injured by the gunfire.

6 One high school was injured while diving for cover when a group of students he was with exchanged gunfire with unknown parties. Appears to be gang related. No one was injured by the gunfire. The high school is an “alternative” school for so-called “at risk” youth. (Meaning criminals in training and gang members)

Then there were the suicides where the only person injured was the shooter:

7 A 14 year old boy shot himself in a Tuscon school’s bathroom.

8 A 31 year old man pulled into a school parking lot and committed suicide in his car.

There are the ones involving someone other than the shooter being shot:

9 A student at Wake Forest COLLEGE was killed after being shot during a fight at a sorority party. Alcohol was involved. Some of those involved were minors, not students of the college, and IMO there was some gang affiliation here.

11 A 15 year old with a troubled history shot and killed a girl in the cafeteria before school. The boy had a troubled past. It seems that he had previously made threats, and the school did exactly nothing.

So there you have it: 11 so called school shootings. One of them involved a BB gun, not a firearm. One didn’t involve a school at all, as it had been closed permanently months before. One involved a police training accident. In all, no one was shot in six of the incidents. Many of the incidents were colleges not schools.
A further two of them were suicides.

In fact, only two of the shootings involved actual “schools” and actual shootings. Of those two, one of them was carried out by a student who had a troubled past and probably should have been in jail. When you have to lie or mislead to make your point, your point probably isn’t worth making.

Twitchy is covering the Twitter reports from the government shutdown:

With all of the talk about Trump’s crude remarks, I want to bring back a few of Obama’s own crude language:

Thanking Ellen DeGeneres for being a good sport about her televised push-up contest against the First Lady in February of 2012, Obama said Ellen “is a gay friend who accepts a little bit of teasing about Michelle beating her in push-ups. I think she claims Michelle didn’t go all the way down.” Obama let the line hang naughtily, provoking laughter from the crowd.

Then there is the article about a few more of Obama’s gaffes:

“No, no. I have been practicing…I bowled a 129. It’s like — it was like Special Olympics, or something.”

“The point I was making was not that Grandmother harbors any racial animosity. She doesn’t. But she is a typical white person…”

“That’s just how white folks will do you. It wasn’t merely the cruelty involved; I was learning that black people could be mean and then some. It was a particular brand of arrogance, an obtuseness in otherwise sane people that brought forth our bitter laughter. It was as if whites didn’t know that they were being cruel in the first place. Or at least thought you deserving of their scorn.”

Draw your own conclusions as to why Trump is facing more criticism.

Thirty states have legalized the use of marijuana in some way, despite Federal laws and regulations to the contrary. The Federal government is doing nothing. No will to change the law, no power to enforce it.

The list of cities, states, and counties that have declared themselves to be sanctuaries for people who have entered the US in violation of US immigration laws continues to grow. The Federal government appears powerless. President Trump has tried different tactics, but has been opposed by the courts and the jurisdictions that have already been overrun.

Now Tennessee is attempting to declare itself a sanctuary state from Federal gun laws.

A protected class is running around the country, exempted from the laws that the rest of us must follow.

The cracks are growing. It is apparent that the Federal government can no longer enforce its own laws.

What comes next? Does the government fall? When? What government replaces it?

From the American Thinker comes a story about how workers on the New York subway system are making $400 an hour. That is likely not true. Let me explain by beginning with a quote from the article:

An accountant discovered the discrepancy while reviewing the budget for new train platforms under Grand Central Terminal in Manhattan.
The budget showed that 900 workers were being paid to dig caverns for the platforms as part of a 3.5-mile tunnel connecting the historic station to the Long Island Rail Road.  But the accountant could … identify [only] about 700 jobs that needed to be done, according to three project supervisors.  Officials could not find any reason for the other 200 people to be there.

The likely explanation is that there are managers who have hired people that exist only on paper, and are redirecting the pay for those virtual employees to their own bank accounts. The Unions in New York guarantee that there will be employment for plenty of union workers, even if there are no jobs:

The estimated cost of the Long Island Rail Road project, known as “East Side Access,” has ballooned to $12 billion, or nearly $3.5 billion for each new mile of track – seven times the average elsewhere in the world.
Along with interviews with contractors, the documents reveal a dizzying maze of jobs, many of which do not exist on projects elsewhere.
There are “nippers” to watch material being moved around and “hog house tenders” to supervise the break room.  Each crane must have an “oiler,” a relic of a time when they needed frequent lubrication.  Generators and elevators must have their own operators, even though they are automatic….One part of Local 147’s deal entitles the union to $450,000 for each tunnel-boring machine used.  That is to make up for job losses from “technological advancement,” even though equipment has been standard for decades.

The state of New York pays some of the highest taxes in the United States. They then were able, under the previous tax rules, to write off those taxes and reduce their Federal tax burden. In other words, you pay more in Federal taxes so that New Yorkers can pay people six figures to sit on their asses and do nothing all day. Now people in New York are upset at the Trump tax plan, because they say it is unfair to them.

I had problems with the Trump tax plan, because the original plan added tens of thousands of dollars to my tax bill. That appears to have been fixed in the final plan, with the final plan appearing to cut my taxes by about $15,000. We will see next year when it is time to file.

For years, we have been told how dangerous militias are, and how the founders never intended militias to be armed groups of citizens who were outside of government control.

Until Donald Trump was elected.

Now the mainstream media loves them some armed citizens. Now MSM outlets like the New York daily news and the Independent are busy extolling the virtues of armed citizens forming militias. We are setting ourselves up for Civil War, part 2.

The part that concerns me is that the leftist militias are better at winning the hearts and minds of the people because they are out doing things for the community by feeding the poor and doing more PR activity.

Wars are won by convincing the people of a nation to see your side as the good guys. When all you are doing is complaining and shooting, you lose the people, and you lose the war. Something that the right should keep in mind.

A 12 year old boy was shot in the face by another 12 year old, because they were playing with a gun.

If your guns are not on your person, they need to be locked up. When it is just my wife and I, guns can be unsecured in the house (they are secured by the house itself). If anyone else is staying with us, the guns that aren’t being carried are locked in the safe.

Today is the beginning of my least favorite time of year: I begin working on my taxes. I have an upcoming appointment with my accountant to discuss my 2017 filings, and plan ahead for 2018. I will spend the day putting away Christmas decorations, gathering receipts, and preparing for tax season.

The wife has learned to avoid me while I am doing this, as planning to send large amounts of cash to the government always puts me in a foul mood, especially once I add up all of the money that I have had to pay to the government in the past year while thinking about how much of it has been wasted.

Every treaty that has to do with controlling pollution seems to require that the US limit emissions, pay money, or some other economic penalty. It turns out that the US is responsible for a tiny fraction of the world’s pollution.

For example, the LA Times did a piece earlier this year where the US and Europe were blamed for plastic polluting the North Atlantic and Arctic oceans. The only problem is that plastic polluting the world’s oceans aren’t coming from the Americas or from Europe. In fact, there are ten rivers in the word that are responsible for 90% of the plastic that winds up in the world’s oceans. Eight of those rivers are in Asia. Two are in Africa.

Of the estimated 13 million tons of plastic that winds up in the ocean each year, the US is responsible for only 280,000 tons of it. That is about 2 percent of the world’s total. So why is the US always the nation that has to pay through the nose for these pollution accords?