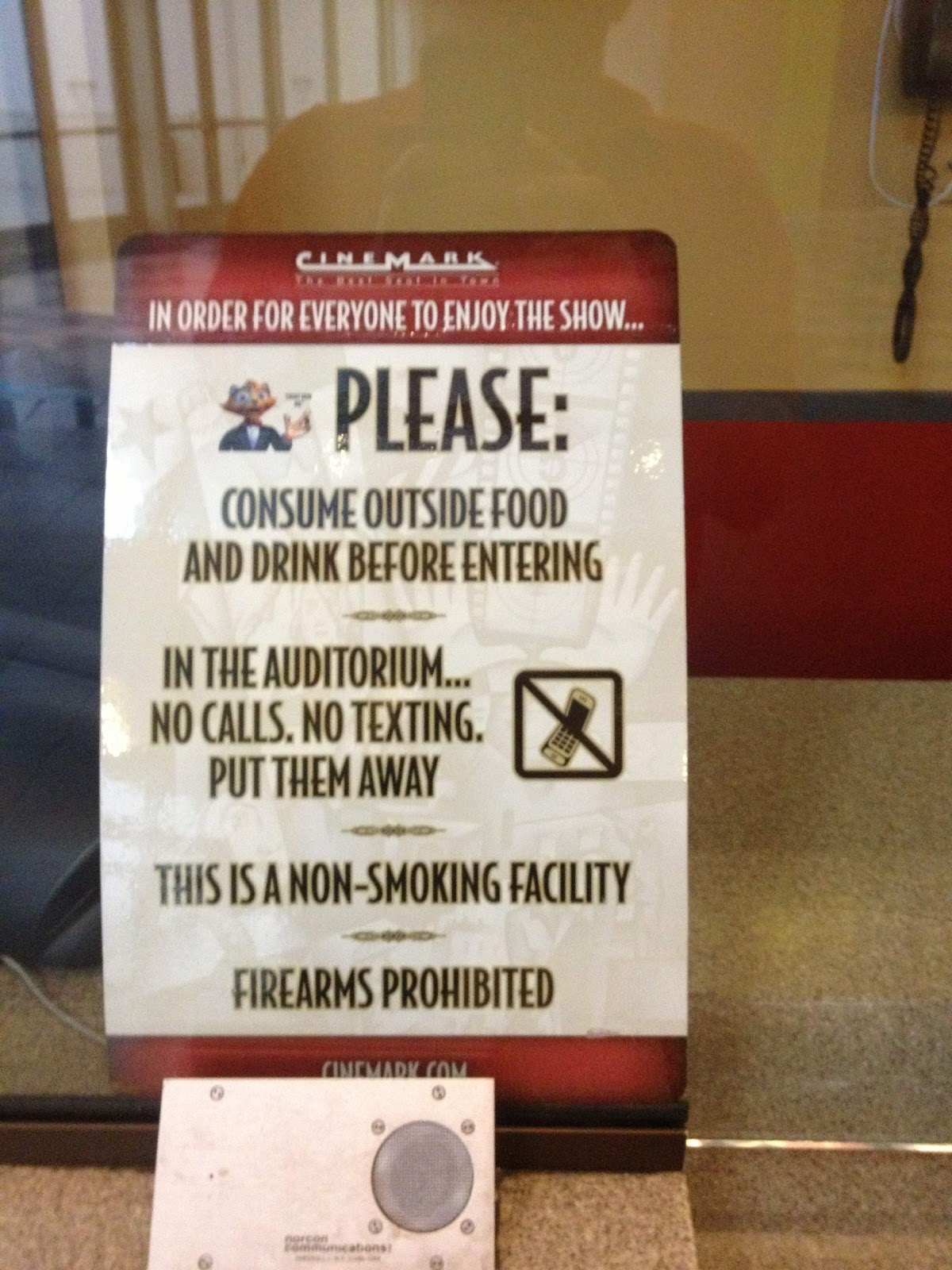 First, I don’t understand how me having a concealed firearm interferes with anyone enjoying the show.

See, this theater doesn’t care if a shooter comes in and kills you. They don’t care if you get raped, robbed, or murdered in the parking lot. Even though their policy leaves you defenseless, and is a contributing cause of your death, they won’t pay a dime in compensation to you. The reason is that the law doesn’t hold them responsible for what the criminal does, even though the situation that allowed the criminal to do it was entirely of their creation.

One could argue that Cinemark has a moral obligation, but good luck with that.

For that reason, I noted that Florida law doesn’t grant this sign the force of law, and carried there anyway. One could argue that I have a moral obligation to obey the sign, but good luck with that.

Just another reason to wait a bit and watch it at home on PPV.

There are no "No firearms" signs in my family room. OTOH, there are firearms.