In 2011, the Miami police began a new program designed to reduce “juvenile delinquency” by simply not arresting them. You see, the criminal teen that is not arrested does not count when statistics of crimes by minors is compiled. This allowed the Miami-Dade Schools Police (the school system has its own police force?) to claim that they had reduced crime by juveniles by 60%- the largest reduction in the state.

Here is the press release (note the date) 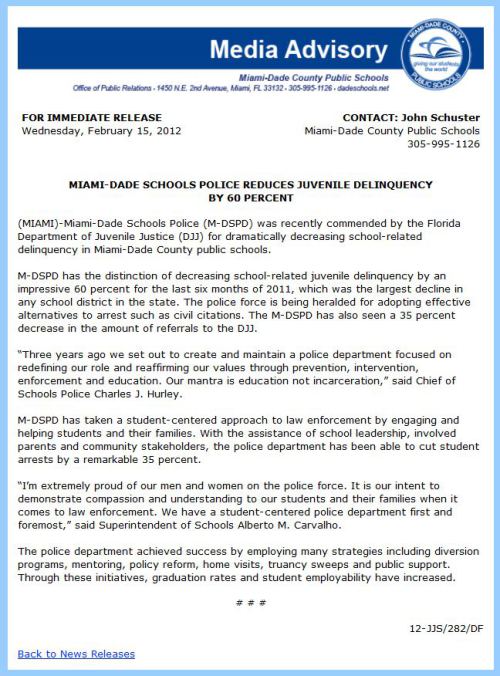 The date there is significant because the family of teen Trayvon Martin was able to claim that the young man did not have a criminal record, even though school records show that he had been suspended three times between September of 2011 and February of 2012: Once for possession of drugs, once for vandalism and possession of stolen property and burglary tools, and a third time for unspecified reasons. (His family claims it was for truancy.)
There are claims that the Defense is trying to put the “victim” on trial here, but I feel like it is proper to expose the past of the person in a self defense case. To do otherwise is to permanently paint the loser in a fight as the victim, regardless of the facts.