Welcome to the police state

The Florida Highway Patrol, like many other police agencies, uses a system called the Automated License Plate Recognition (ALPR) system. This system consists of cameras that can be mounted on patrol cars, like this: 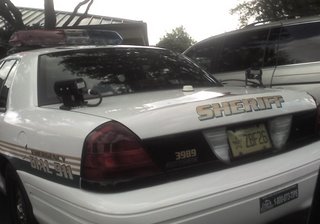 or they can be mounted in fixed locations, like this: 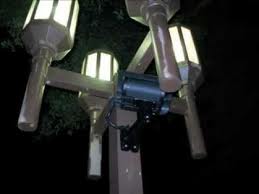 They are connected to a computer network that automatically alerts authorities when a “plate of interest” passes by the camera. The plates that are captured are displayed on the car’s computer screen, and look like this:

According to the website of the manufacturer, each car equipped with this system can scan 5,000 license plates during an average police officer’s shift. The reason this is being sold to departments? Read on:

Long Beach police used two ALPR-equipped vehicles to search for parking scofflaws. In 30 days, they located and impounded more than 300 vehicles – collecting over $200,000 in delinquent fines and impound fees. A study done for the City of Seattle showed that parking ticket collection rates across municipalities vary from 71% to 87%, with 80% being the median – that’s a million dollars or more of uncollected revenue in each city. Searching for parking ticket violators isn’t the most productive use of an officer’s time, so locating serial violators has been left to chance: the officer would have to find the car as part of a routine plate check or another traffic stop.
With an ALPR system, the police vehicle only has to pass the violator – whether parked or in traffic – and ALPR will alert the officer. A quick drive through a large parking lot will often locate several serial violators, whose cars can be towed or clamped until the fines are paid. The end result is fewer scofflaws getting away with nonpayment of fines.

Sure, money is the reason they get the system, but there is also the more sinister applications:

Besides alerting the officer when he passes a vehicle of interest, an ALPR system equipped with GPS can quietly note the time and location the vehicle was passed. This data is then loaded into PIPS’ Back Office System Software (BOSS®) and then mined and cross-referenced to keep tabs on known drug dealers, terrorist suspects, organized crime figures, or crime patterns…Areas such as airports, seaports, water treatment facilities, nuclear power plants – even schools – are targets for both criminals and terrorists. ALPR can assist with protecting such facilities by watching for known persons of interest (such as registered sex offenders), unauthorized vehicles, or simply vehicles that show up too frequently.

The founding fathers of this nation would be thrilled.