Remember several months ago, when I said I would delight in the pain of my Republican friends when they began to complain about the Obama Administration using the powers they gave President Bush? Well, here we have a story about Ashton Lundeby, a 16 year old being held as a suspected terrorist. Without a lawyer, without trial, without any constitutional protections at all.

When the Patriot Act was passed, many Americans warned that this law would be abused. We were told that we were being ridiculous and paranoid. “Everyone deserves their day in court,” we said. We were told that terrorists didn’t deserve constitutional protections. “But what happens when the definition of terrorist is expanded?” we asked. “That won’t happen,” we were told, “stop being paranoid.”

Well, here we are. First, it is kids calling in bomb threats. Then, it will be some other demographic that fits some legally technical definition. It will not be long before people who own evil assault rifles are declared to be terrorists.

You see, when you give power to government in the form of a new law, you must remember that it is in the nature of governments to abuse that law, to use it in ways that you never intended, to find ways to exploit that law to grant themselves even more power. It does not matter whether that government is liberal or conservative, Republican or Democrat.

Government can only rule through force, so when you ask the Government to act on your behalf, what you are doing is applying force by proxy. Since Governments are run by people, who by nature always want more power and wealth than they already have, government will always seek more of those resources.

The definition of these evil terrorists has been expanded. The secret police knock on your door, spirit away your child, your spouse, your roommate, and whisk him away to a secret prison, where he or she has no Constitutional rights. Welcome to the dictatorship.

(BTW- Mom in the video says she does not “believe in guns.” Guns are not like the tooth fairy. They exist whether you believe in them or not. As you just saw, the people with the most guns win. That is why the Second Amendment is so important.)

Thanks to David Codrea for the tip.

I am sitting here reading a story about Greenville, South Carolina. This is a story of Obama supporters who are struggling to make it and failing. One of the things that jumped out at me was on page 3 of the article.

Evon Hackett is 38 years old. She was laid off of her $8.59 an hour job two and a half months ago, and has been looking for work since. She decided to make a little money by going on a shopping spree at Wal Mart, which overdrew her bank account by $121. The plan was to use the things she bought to make 17 Easter Baskets. No one would buy them at $25, so she lowered her price to $20. From the article:

The strategy nets Hackett $85 in profits, which she uses toward debts of $121 owed to her bank, $190 to her cellphone company and $59 to a warehouse storing her furniture. Childs is her best customer, paying the full price of $25 and purchasing two baskets.

Apparently Journalism students are not required to take any sort of a business class, because if you have $85 from the sale of easter baskets, but owe the bank $121 for the purchase of the materials to make the baskets, you did not make any profit. You took a loss of $36. This kind of business math is why the economy is failing.

Totally ignoring the fact that she has a cell phone, but is claiming to be poor and in need of government assistance.

(BTW: Ms. Hackett made $85, only because her cousin, the local commissioner, felt sorry for her and paid $50 for two of them. Ms. Hackett would have been $86 ahead if she would have simply asked her cousin for the money in the first place)

The main protagonist of the article shows her racist roots when speaking of a local TEA Party, when she says:

“this mouthy black lady knocked on doors in the whitest, most Republican neighborhoods in town and told them what was on my mind.”

and again when she says:

“Of course it’s going to be a lot of white Republicans, and mostly men,” Childs says as she walks through the crowd and finds a spot alone at the rear of the plaza. “I want to see this, but I’m keeping my distance.”

Racist. Could you imagine if a white politician said, “Oh, the welfare office. It will just be a bunch of black Democrats.” He would be run out of office.

Of course, she fails to mention that every one of the people in this story are not taxpayers. All are people who failed to make sound decisions in their live and now expect someone else (the white Republicans they are so mad at) to pay the bills. Those people who you despise were the ones who stayed in school, and didn’t have children out of wedlock while still in high school. They all call their commissioner because they cannot pay their light bills, rent, or buy food. They are looking to this commissioner and to Obama for handouts. They are almost completely dependent on government.

Wanna support yourself? Have more than a $9 an hour job? Stay in school. Stop having children when you are 18, and not married. Stop doing drugs. Get rid of the cell phone, and use the money to take a class to better yourself and your situation. If you have no skills, and no education, what makes you stand out from the rest of the applicants that are standing in an employer’s door? I guess it is easier to expect a handout than it is to work.

These people voted for Obama because he promised to give them other peoples’ money. Now that he isn’t enslaving people enough to give them the lives they want, they are becoming upset that the Government is not taking enough of my money to pay for their cell phones.

Look here, the airport which has gotten $150 million over the last 10 years, courtesy of John Murtha. New runway, new control tower, hangers, terminal, and even the 3 flights a day that serve the airport are subsidized by taxpayer funds. It serves 20 passengers a day.

In other news, the press is still fawning over Obama, writing scathing articles, exposing the facts, like how Obama is the first hip president, he’s white, and he’s black. He’s an elitist, and he’s regular folk.

It’s so hip that school kids in Albany, N.Y., coined a term for it: “Baracking.” And it doesn’t stop there. Those in the know at Albany High greet each other by saying: “What’s up, my Obama?” and they respond to a sneeze with “Barack you.” Misbehavior is peer-corrected with the admonition, “Barack’s in the White House,” which translates, “Show some respect.”

The press is still fellating Obama. I keep wondering how long this will go on.

The husband of Dianne Feinstein (who is a Real Estate Agent) just was awarded a contract to sell foreclosed properties at compensation rates higher than the industry norms. Then, in a surprise move, that government agency gets $25Billion ($25,000,000,000) in increased funding.

Gosh, what a coincidence. Our government is corrupt. Our experiment has failed. In retrospect it seems that the founders should have ensured that term limits were placed on elected officials so we could limit the damage. I also blame the Sixteenth Amendment. Money is power, and that amendment gives them unlimited access to both.

Although not the 19th, the Columbine massacre was carried out the next morning (April 20th)

For years, Second Amendment advocates have told us that the Second Amendment guarantees that we will keep the others, that a loss of the ability of the citizens to guard their property would mean the beginning of a dictatorship.

The government has been accused of trampling on individual liberties by proposing wide-ranging new powers for bailiffs to break into homes and to use “reasonable force” against householders who try to protect their valuables.

Under the regulations, bailiffs for private firms would for the first time be given permission to restrain or pin down householders. They would also be able to force their way into homes to seize property to pay off debts, such as unpaid credit card bills and loans.

Of course, the powers are already being abused:

In one case, an 89-year-old grandmother returned home to find a bailiff sitting in her chair having drawn up a list of her possessions. He was pursuing a parking fine owed by her son, who did not even live at the address.

An unarmed populace is otherwise known as “peasants,” or perhaps “subjects,” or even as “slaves.”

I am against murder, I think it is wrong, just as I am against bank robbery. I am also against ILLEGAL immigration. I am a veteran of the Persian Gulf War. Apparently, Homeland Security Secretary Janet Napolitano thinks that the last two statements make me a potential terrorist.

By that logic, Ms Napolitano, the fact that you have a vagina makes you a potential whore.

The news from the stock market is good. The Dow closed over 8,000. Stocks are up, even Citibank is reporting profits. Sounds great, except it is all an illusion.

Citibank’s profits? The only reason for the profit is that the Federal Government poured $45 Billion in bailout funds into the company.

Meanwhile, unemployment is 8.5%– the worst since 1983, one in ten Americans are receiving food stamps at a cost of $3.6 Billion a month, and even the Fed says that they are worried about the large amounts of money being printed. Meanwhile, the Obama administration is busy answering questions from obviously planted questioners– tough questions like why he has not gotten a dog, whether he regrets being President, and asked if he knows that his name means peach in Hungarian.

The Obama administration hit an improtant milestone this week- the government increased the National Debt by a half a trillion dollars since inauguration day. It took 70 days to hit the $500 billion mark. It took George Bush 20 months to borrow that much.

The danger here is that the spending spree initiated by the Republicans and continued by the Democrats has injected trillions of dollars into the economy. This has had the effect of more money chasing a dwindling supply of goods and services. (They are dwindling as the economy cools, after all people are saving their money right now instead of spending it.)

Once spending begins again, prices will climb. they will skyrocket. That will cause wave two of this crisis. I think we are looking at another year before demand picks up, and then depending on how bad the inflation is when the economy does start to move again, a period of double digit inflation. 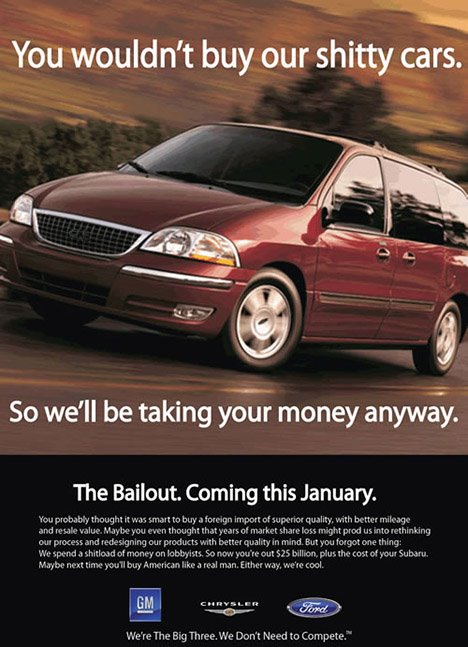 I just finished my biannual computer upgrade. My old system was two years old, so I felt it time to replace it. I bought my new stuff from Newegg.com, and went to building:

It sure is nice to have a new, clean system. This thing sure is fast!