Ignorance of the law, the judges and cops are fond of saying, is no excuse. In 1925, this is what a complete copy of all Federal laws looked like: 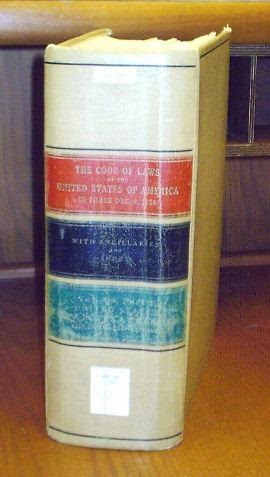 That one volume represents all of the laws that were passed by Congress in the first 150 years of this country’s existence. That Federal Law library has now expanded immensely. 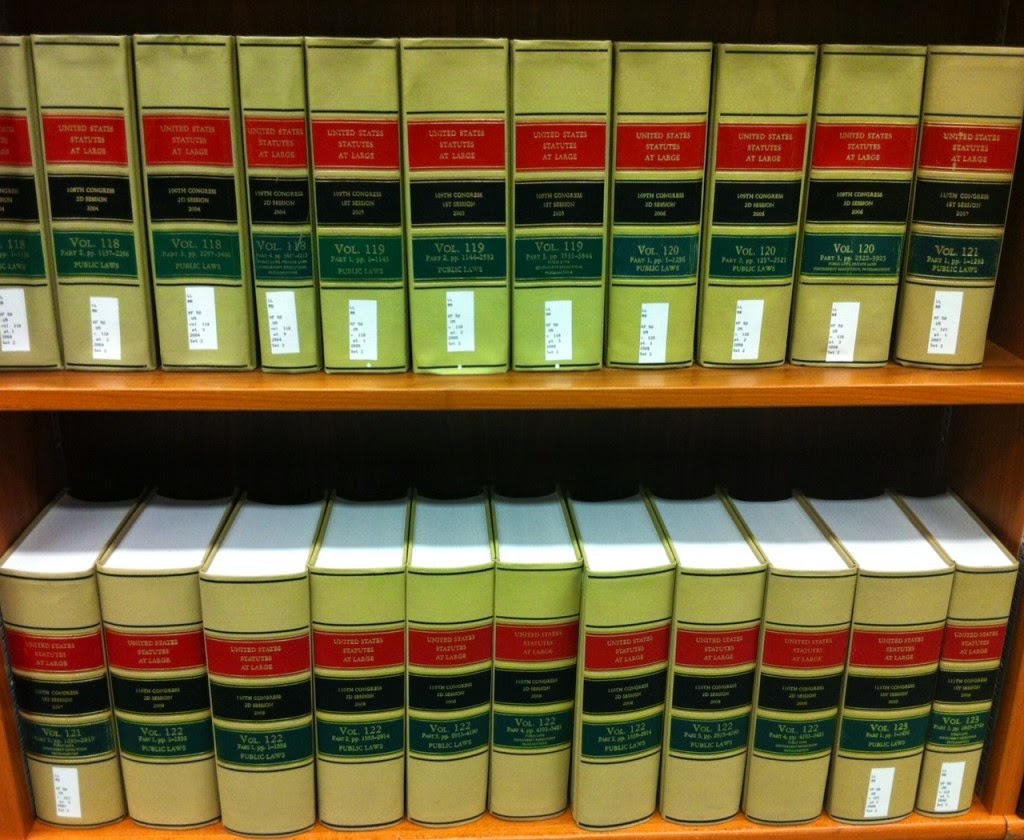 What was one volume in 1925 expanded to become 22 volumes just 90 years later. That isn’t all, though. There is also the United States Code: 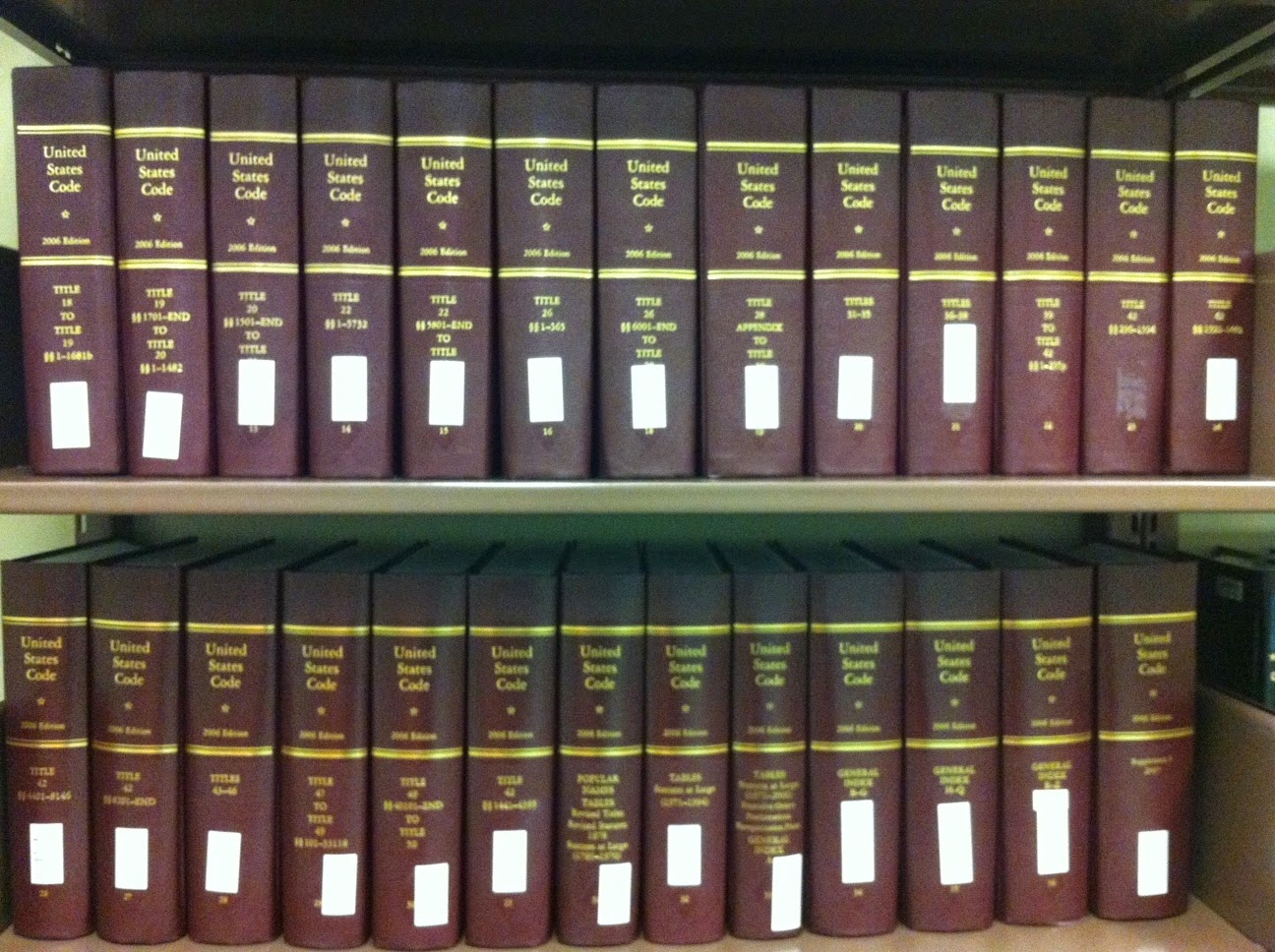 The number of federal crimes you could commit as of 2007 (the last year they were tallied) was about 4,450, a 50% increase since just 1980. A comparative handful of those crimes are “malum in se”—bad in themselves, which include things like rape, murder, or theft. The rest are “malum prohibitum”—crimes because the government disapproves, such as owning a machine gun made after 1986, when owning one made in 1985 is perfectly legal.

In 1982, the Justice Department tried to determine the total number of criminal laws. In a project that lasted two years, the Department compiled a list of approximately 3,000 criminal offenses. This effort, headed by Ronald Gainer, a Justice Department official, is considered the most exhaustive attempt to count the number of federal criminal laws. In a Wall Street Journal article about this project, “this effort came as part of a long and ultimately failed campaign to persuade Congress to revise the criminal code, which by the 1980s was scattered among 50 titles and 23,000 pages of federal law.” Or as Mr. Gainer characterized this fruitless project: “[y]ou will have died and [been] resurrected three times,” and still not have an answer to this question.

So you see, even the Justice Department of the US government is not sure of how many laws there are, yet each and every one of us is responsible for knowing every one of them, along with the court cases that modify and define them, upon penalty of prison.

That isn’t all. Congress isn’t the only body that passes laws. There are also several dozen Federal bureaus, who have had the power to write laws since 1940. The laws that they write are called regulations, and they are found in the Code of Federal Regulations: 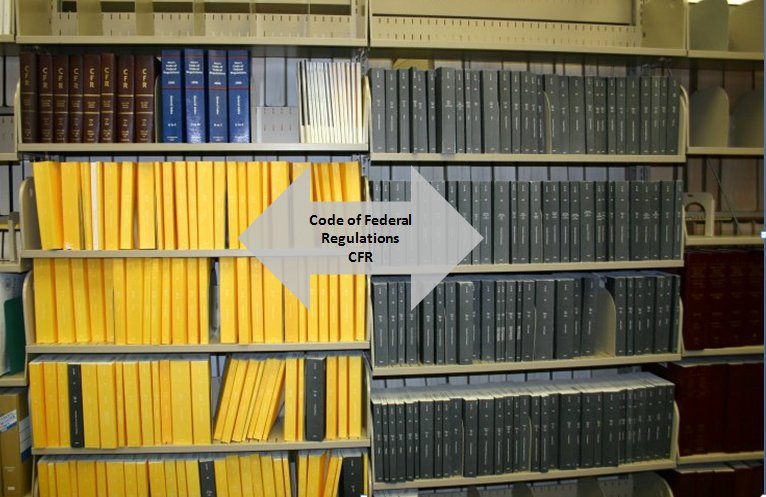 The laws passed by Congress are just the beginning. In 2013, the Code of Federal Regulations numbered over 175,000 pages. Only a fraction of those pages involved regulations based on something spelled out in legislation. If a regulatory agency comes after you, forget about juries, proof of guilt beyond a reasonable doubt, disinterested judges and other rights that are part of due process in ordinary courts. The “administrative courts” through which the regulatory agencies impose their will are run by the regulatory agencies themselves, much as if the police department could make up its own laws and then employ its own prosecutors, judges and courts of appeals.

The result of all of this is that each and every one of us is responsible for reading, understanding and following over 750,000 pages of laws, regulations, and court decisions- with complete understanding. If one were to begin studying these laws at age 12, and you read 50 pages per day, by age 53, you would have read all of them. The only problem is that, at the current rate, the government would have added another 500,000 pages of laws, and 28 years of reading to your quest.

Remember, though: Ignorance of the law is no excuse. If you are spraying insect killer on some ants, and the can label says spray from 6 inches away, and you spray from 8 inches, you are a Federal criminal. If you are buying a gun, and you live in Florida, you had better use the abbreviation of FL as your address, because using the old abbreviation of FLA is a felony and can land you in prison.

Why is this happening? Ayn  Rand gives us an insight into this:

The only power any government has is the power to crack down on criminals. Well, when there aren’t enough criminals, one makes them. One declares so many things to be a crime that it becomes impossible for men to live without breaking laws.

People who have read this post: 333
Categories: Uncategorized
Tags: 3 Felonies a day

I had a snide comment prepared, but "chipmunk" said it better than me.