The Onion wins the internets (again) 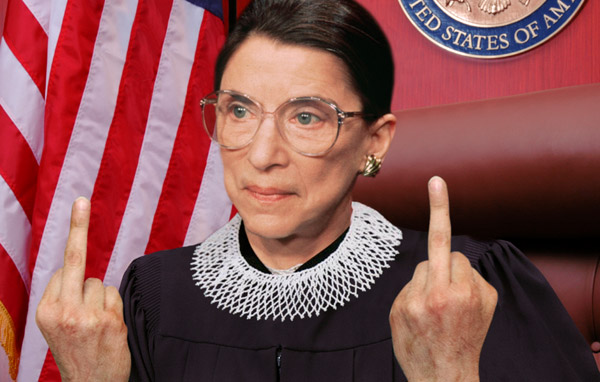 via Marko,we get this winner from the Onion:
Supreme Court Upholds Freedom Of Speech In Obscenity-Filled Ruling

The winning quotes include:

the freedom of expression among the most “inalienable and important rights that a motherfucker can have.”

Added Ginsburg, “In short, freedom of speech means the freedom of fucking speech, you ignorant cocksuckers.”

Thomas wrote. “But those pricks can take their arguments about speech that ‘appeals only to prurient interests’ and go suck a dog’s asshole.”

Too bad this ruling wasn’t for real, or this woman would not have been thrown in jail for having a shirt that a judge found objectionable. I guess only the proles have to worry about the First Amendment. Judges are free to violate the First Amendment rights of anyone they choose. I really do not think the Founding Fathers of this Nation had this sort of judicial power in mind when they wrote the Constitution.