I was told that they would be as rare as hen’s teeth, but I got a telephone call from my brother on Monday. He said “Aren’t you looking for one of those new Smith and Wesson Shields? They have one at the gun store.”

I arrived at the gun store 30 minutes later, and we walked out the door with it less than 15 minutes after that. The advantages of a CCW in Florida.

It is indeed thin. Less than an inch thick. The reason I wanted one has more to do with another dimension: Most of the miniature pistols have grips that are so short that my last finger hangs out there in space, and isn’t wrapped around gun. I have been told that you can get used to this, but now I don’t have to. With the 8 round magazine inserted, it fits my hand just fine.

We took it for a test drive, and the female of this household loved it.In fact, if I ever plan on carrying a Shield, it looks like I will have to buy another one. This is her target: 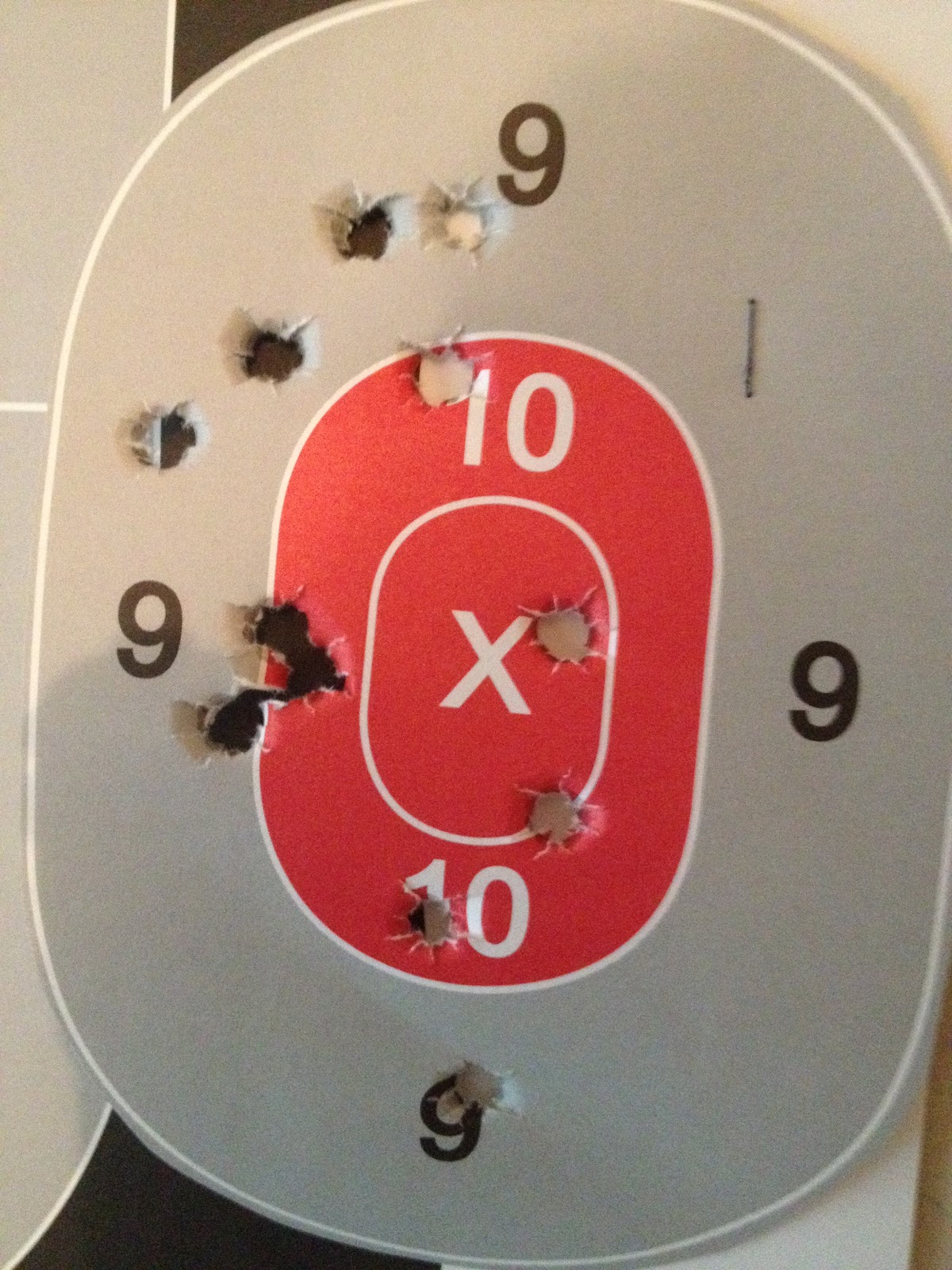 All 12 shots that she fired were in the ‘danger zone’. With 100 rounds through it on this test drive, not a single malfunction. No jam filled break in period for this pistol.

I want to go shooting!!!