Renters who cannot or will not pay rent are angry that Florida Governor Desantis is allowing the moratorium on evictions to expire tonight at midnight. That moratorium has been in effect since April 2, meaning that tenants have been able to live rent free for at least 4 months.

Meanwhile, the owners of those properties have had to go without collecting a dime of rent for that 4 months. Demanding that someone provide something of monetary value to you is called slavery. My tip to renters is this: try to work something out with your landlord. If they won’t, then it is their property, not yours.

The spike in new cases of COVID appears to lag the protests by about 3 weeks. Coincidentally, they also lag the reopening of business. 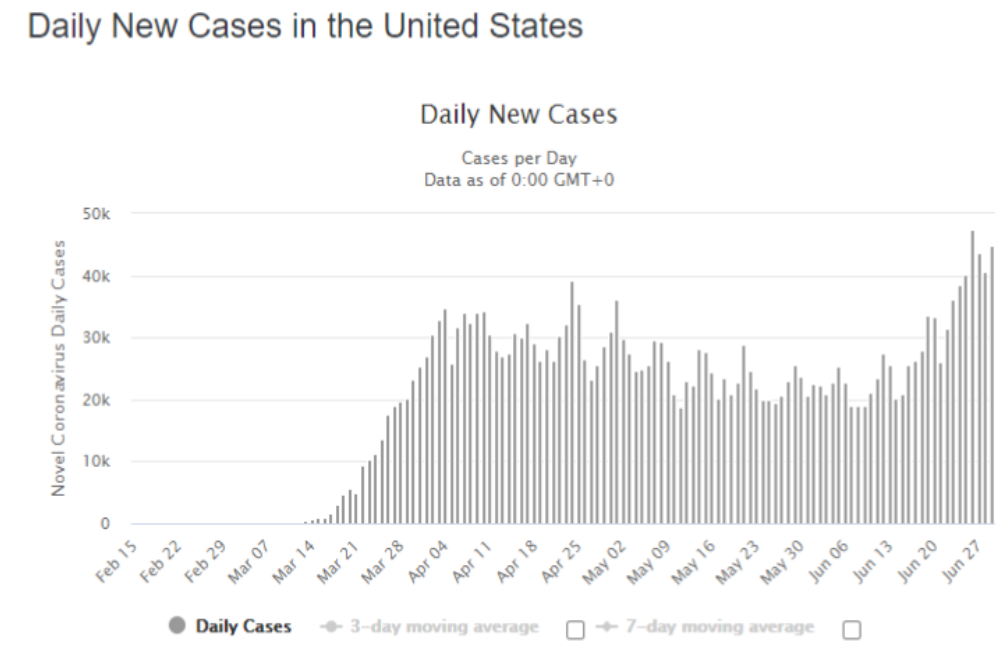 Some claim it is because of bars, some claim protests. We will never know, because contact tracers aren’t being permitted to ask the infected about attending protests.

With news breaking that a Chinese company recently sold 83 tons of fake gold, I want to remind everyone to use some sort of means of verification. I use a Fisch gold coin detector. Yeah, the complete set costs about $250. Catching one fake will pay for 7 of these.

At this point, we are all aware of the couple who defended their home from a mob by standing out front with an AR15 and a PPK. We have all seen the memes being generated as a result. What I can’t believe is that gun owners who would actually hope to expand the gun culture would join in.

This is the same mentality that causes a gun to hand his wife or girlfriend a 500 S&W revolver or a shotgun and then tape her getting knocked on her ass while he yucks it up at her stupidity. Sure, he got a cheap laugh, but he just turned a woman who was interested in shooting into a woman who wants nothing to do with guns.

Not so funny now, is it?

Here is the report from the weather station at my house for Friday afternoon. 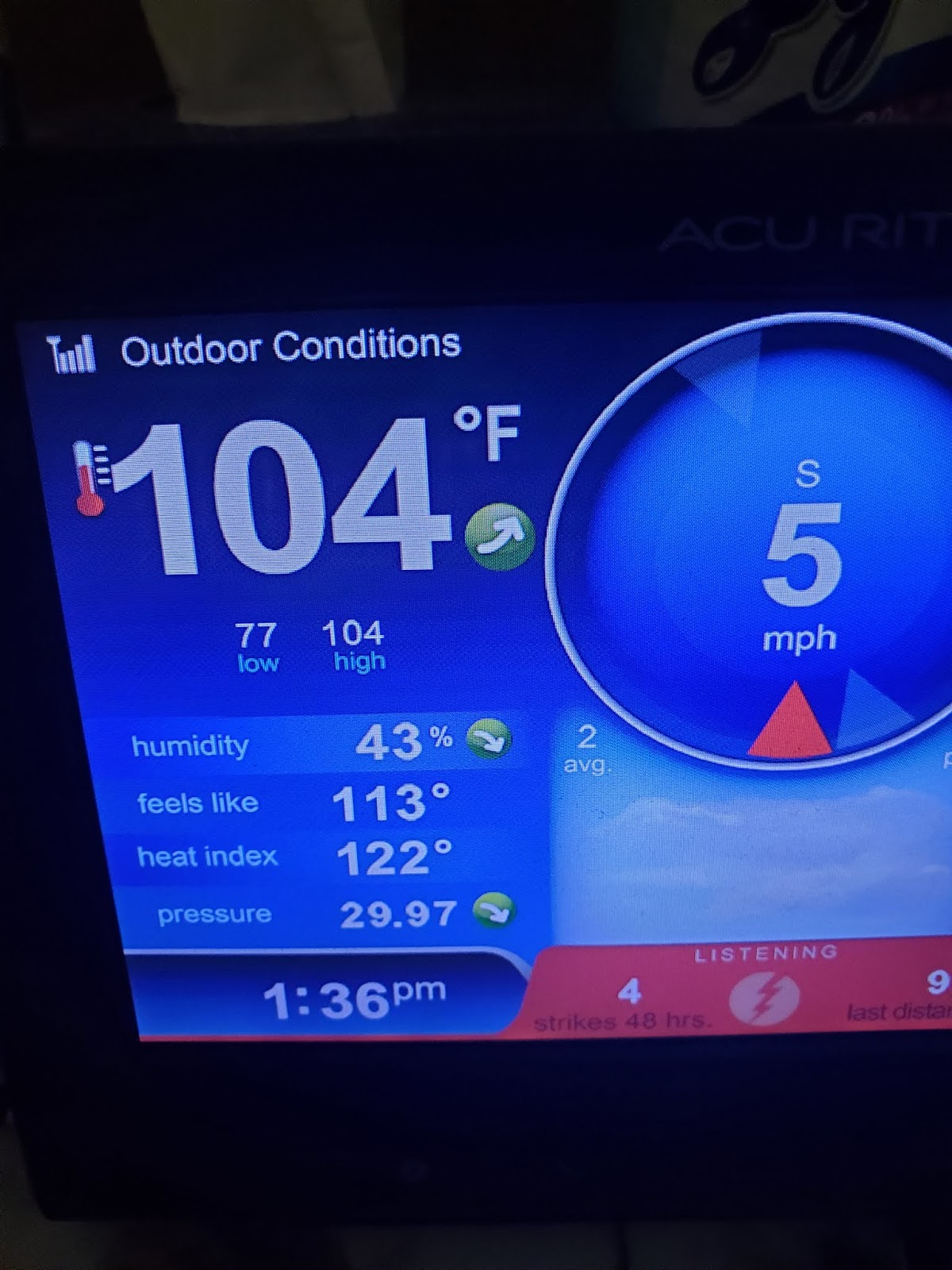 Social Security, interest on the debt, Medicare, and the like already total more than the Federal government takes in through taxes. Everything else, every dime the government spends, is borrowed money. Social security spending grows every year, because it must. Social Security and Medicare are breaking us.

So the powers that be have a solution. The idea is that Social security will become a means tested program. In other words, it is OK to cut off SS payments, as long as it is only “the rich” who are getting screwed. Make more than whatever arbitrary amount of money that they decide is “enough,” and all of the money that has been taken from you for the past 50 years- 15% of everything you have earned is an “unplanned donation” to those who make less than that.

Does that sound far fetched? Both Donald Trump and Joe Biden are on board with the idea.

I understand that cuts must be made. However, singling out the successful so that they fund the unsuccessful will do nothing but force the successful to stop working. Who is John Galt?

Trump made national news because he retweeted a video where a man at a rally in The Villages was recorded yelling “White Power.” This is a case of a man’s words being taken out of context.

Watch the video below, and you will see that the man was being called a racist by a group of Democrats that were yelling at him, calling him a racist. He replies, “Yeah, you got me. I’m a racist. White Power! White Power!”

The left are masters at this. Anyone who watches this knows that the man was being sarcastic, but it is easier to ignore that and attempt to paint this man as a racist, so as to embarrass the President. They know that most people will not listen to the entire recording. They will just see the headline, and then use it to back up the notion that Trump is a racist.

There was a recent post about blacks being the victim of systemic racism. I posted the following, and as a result, my comment was deleted and I was banned from posting on the news site. I guess facts are racist:

The children of affluent people tend to be affluent. Why? Because people who are intelligent, skilled, and hard working tend to make more money. They then instill that in their children, who themselves value hard work and learning a skill, so they too become affluent.
Absentee and lazy parents never instill that in their children, so their children are trapped in the cycle of poverty. That is true, no matter what race or nationality.
The key to affluence is:
1 learn a skill. That doesn’t necessarily mean college. Welders, machinists, and pipe fitters do quite well.
2 Work hard at being the best you can be at whatever skill you decide to learn. That will pay off in the form of raises and promotions, or in a more successful business.
3 Don’t waste your money on useless things. Be smart. Most people don’t have an income problem, they have a spending problem.
I really believe that blacks struggle, not because of racism or a system of oppression, nor because any race is inherently inferior to another. The real thing hurting black Americans is the fact that black teenage girls are three times more likely to get pregnant than any other demographic. 64% of black children grow up in a father absent home, compared to 23% of all US children. When a child grows up in a single parent household, they are 7 times more likely to experience teen pregnancy themselves, twice as likely to drop out of high school, and 4 times as likely to be poor.
If we can only point fingers without even discussing the problem, then how can we begin to fix that problem?

Supposedly, I am a racist for saying teen pregnancy, absentee fathers, and a lack of education are in large part responsible for the economic woes of black Americans. I guess it’s easier to blame other people than it is to fix your own problems.

Here is the hospital capacity being put out by Osceola County Emergency Services: 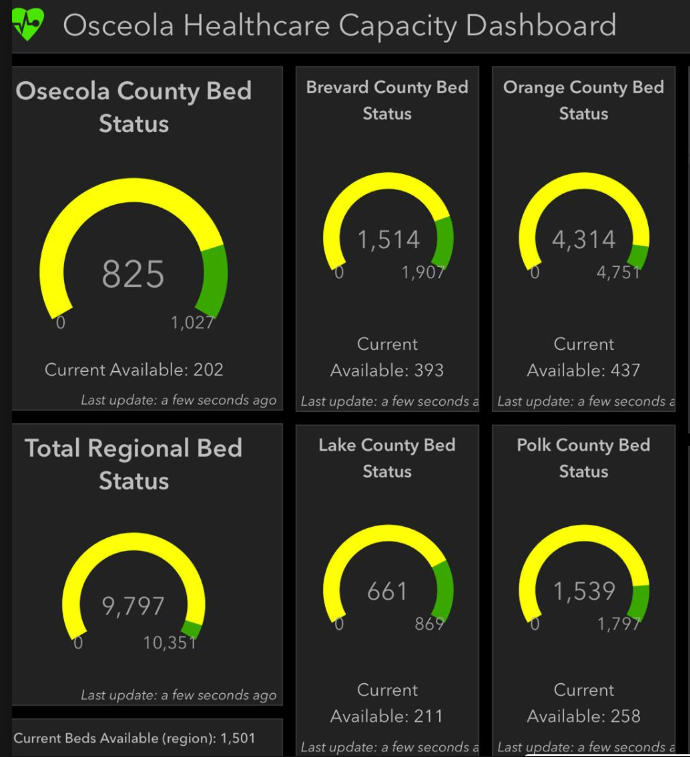 Total up the 5 hospitals’ total capacity, and you get 10,351, just as shown in “Total Regional Bed Status.” Total up the full beds and you get 8,853 filled beds. The chart claims 9,797 filled beds. Where did the ‘extra’ 944 patients come from? If the local authorities can’t even tell us how many people are in the hospital, then how can they tell us anything about COVID?